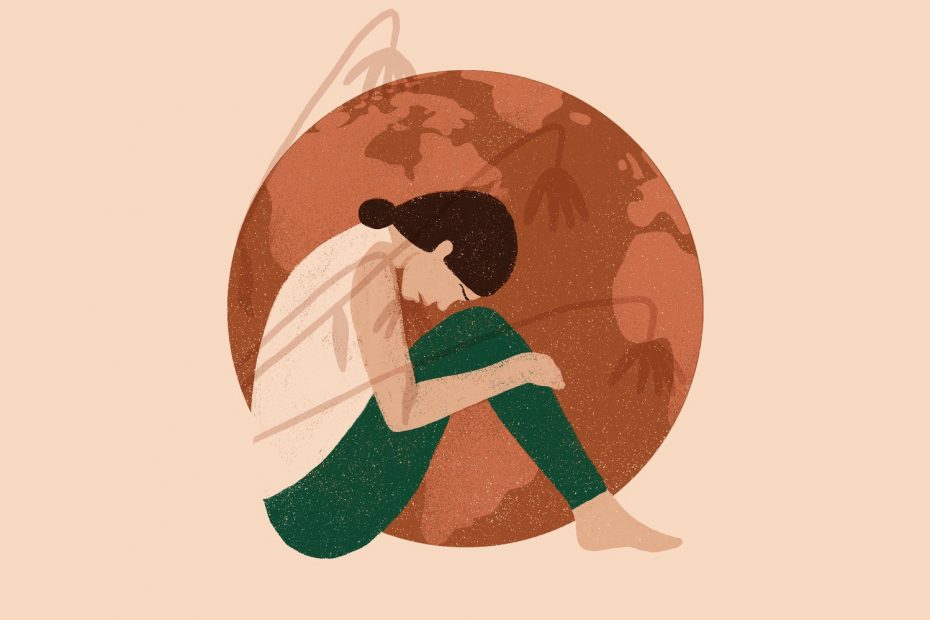 Climate change won’t “take a break,” and European summer is here to prove it!

In Greece, fires left three dead, hundreds homeless, and forced thousands to flee, causing economic and environmental devastation. Turkey and Italy also endured wildfires, while parts of Spain and France are on alert for high temperatures.

Meanwhile, the IPCC – Intergovernmental Panel on Climate Change from the United Nations has strengthened the scientific evidence between human emissions and extreme weather. The IPCC has provided new and powerful means to hold the fossil fuel industry and governments directly responsible for the climate emergency.

The existential challenge of climate change and its denial from some citizens in a position of power can be overwhelming. Some people are panicking and feeling powerless as they feel like they are not making a difference in stopping climate change. And this is leading to the ‘eco-anxiety” phenomenon.⁣

The American Psychological Association first defined eco-anxiety in 2017 as “a chronic fear of environmental doom.” For Psychology Today, eco-anxiety is a stress caused by “watching the slow irrevocable impacts of climate change unfold, and worrying about the future for oneself and later generations.”

Some people react to the climate crisis by shutting down and distracting themselves from the issue; in some cases, people even choose to deny that global warming exists. “All of us will fall somewhere on that spectrum,” says neuroscientist Kris De Meyer, and this makes it tricky for climate scientists and the media to raise awareness in a way that makes the public and politicians care but not panic.

Experts say taking action can reduce anxiety levels by restoring a sense of agency and connection with a community when it comes to treatment. As psychotherapist Caroline Hickman says, collective action is a good treatment for a collective problem.

No matter how insignificant we may feel, we should make climate change a factor in our decisions around what we eat, how we travel, and what we buy. We should spark conversations around climate change with our friends, family, and colleagues. And most importantly, support companies, initiatives, and politicians who really care about climate change.