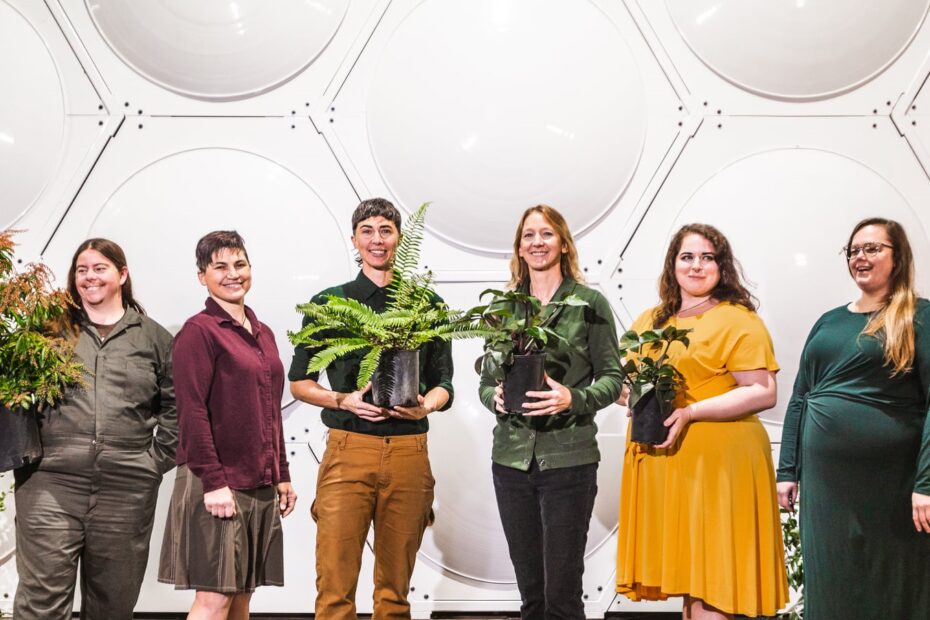 What happens to our carbon footprint when we die?⁣
⁣When human bodies are buried underground in coffins, people’s carbon footprint does not stop at the end of their lifetime. Coffins slow down the decomposition process, littering the Earth and even the planet’s water table. When people are cremated, instead, the carbon matter contained in their bodies will be released into the atmosphere as carbon dioxide gas. Shouldn’t we have a more ecological approach also when it comes to death? As much as this is hard talk, we got to face it!⁣
⁣

Last February, after years of working to make composting a legal method of handling the remains of a deceased human, the US firm Recompose announced the start of its operations. The firm’s first facility is in Washington and contains ten vessels for natural organic reduction (NOR). NOR – also known as human composting, became legal in Washington state in May 2020, and bills aimed at legalizing this process in other states.⁣

⁣The body is laid in a cradle surrounded by wood chips, alfalfa and straw. The cradle is then placed in a vessel and covered with more plant material and left there for 30 days. Microbes — present in our bodies and the environment – and oxygen combine to break down everything, leaving a rich material, much like topsoil for garden use.⁣
⁣
The soil created can be either donated to a legally protected nature conservation project or used by the deceased’s friends or family in their gardens. In any case, the body’s molecules are returned to the natural world.⁣

Choosing natural organic reduction (NOR) over cremation or burial can save between 0.84 and 1.4 metric tons of carbon dioxide.* ⁣
⁣Katrina Spade Recompose’s founder told BBC that she came up with the idea 13 years ago when thinking about her mortality. “When I die, this planet, which has protected and supported me my whole life, shouldn’t I give back what I have left? It is just logical and also beautiful.” We couldn’t agree more with Katrina!⁣