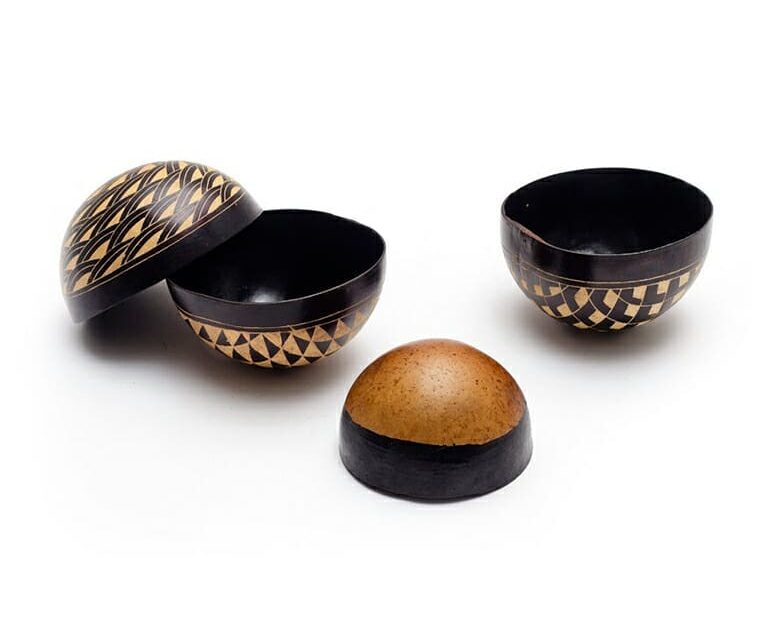 Environmental catastrophes coming from Brazil have made international headlines. The Amazon rainforest massive fires in 2019 and while we are writing this post the world’s biggest tropical wetlands Pantanal is also burning, with nearly a fifth of its unique biome been destroyed.⁣⁣

Most of these fires are manmade, deliberate and agricultural, either smallholder burning stubble after harvest, or farmers clearing forest for cropland. The Brazilian government has been making these unsustainable practices a lot worse by weakening the environment agency and promoting the opening of the Amazon to mining, farming, and logging.⁣

Fires in the Amazon and Pantanal not only threaten the planet biodiversity and put in risk the world’s biggest terrestrial carbon sink – the Amazon, but also endanger indigenous territories together with its population and heritage.⁣⁣

We were touched by the exhibition OBJECTS OF THE FOREST that happened during the Helsinki Design Week. The exhibition presented sustainable objects from the Amazon Forest that demonstrate the coexistence of humans and nature from a design perspective. The items are rooted in a non-consumerist culture as their production depends on natural conditions and techniques that survive from artisanal practices often endangered. The “cuias” and whistles were some of the objects showcased in the exhibition.

Cuias are made from the skin of the Cuieira tree and serve as bowls and vessels for eating and drinking, preparing mixtures, for bathing etc. Whistles are used to mimic birds sounds to attract prey or serve to communicate (e.g.: to call people inside the forest). They are crafted using natural materials such as wood, clay, and fruits whose pulp is removed and the skins then perforated. There are several models, with different sounds, some are made to be blown by the nose.

With simple yet beautiful and genuine designs, the exhibition helped us to reflect on how much we lose when a biome is endangering. While we put the planet at risk, we literally burn cultures and traditions that can teach us so much about a sustainable relationship between humankind and nature.⁣
⁣

*Photo Credit: Objects of the Forest